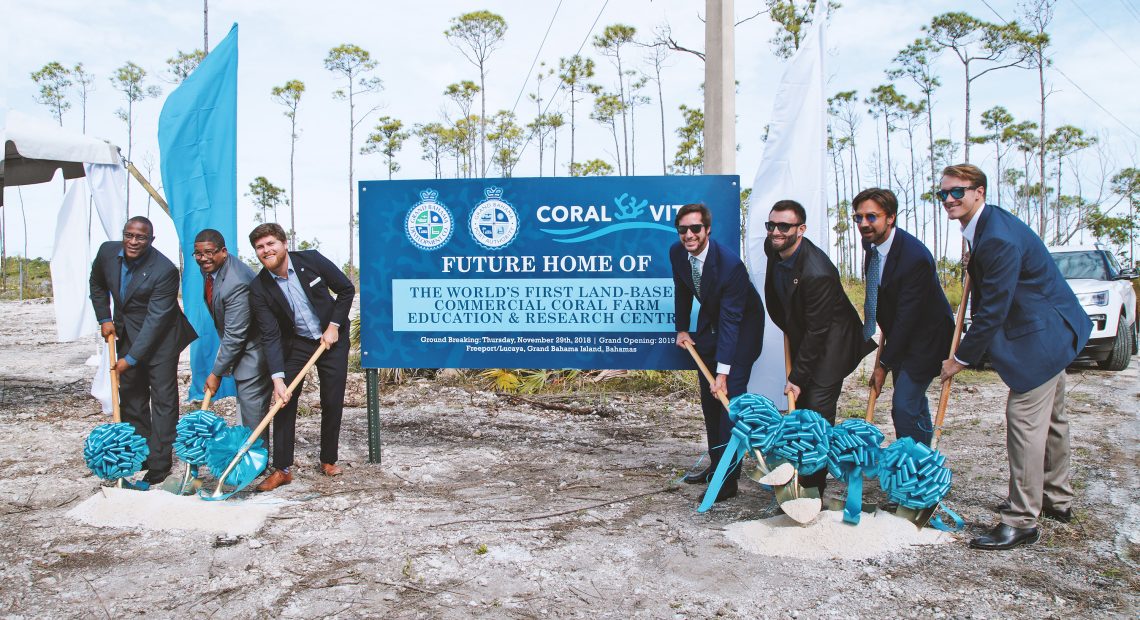 Lucaya, Grand Bahama Island, December 3rd, 2018 – $1M Dollar Investment announced for East Grand Bahama.  The investment will be the first of a global network of coral farms capable of sustaining reefs for future generations. The Grand Bahama Development Company and the Grand Bahama Port Authority (GBPA) have partnered with Coral Vita to bring this world class project to life, the public announcement, with a special Ground Breaking and Blessing of the project, was held on Thursday, November 29th in Eastern Lucaya.

According to GBPA officials, the total projected investments cost is $1.2M. Coral Vita will be the first on land commercial coral farm in the world to restore dying reefs. Rupert Hayward, GBPA Executive Director, shared that Coral Vita through the process of micro fragmentation will be able to grow corals 50 times faster than they grow in their natural environment. “We will be able to protect and boost our natural capital – our reefs – which support two of the largest sectors of our economy – fisheries and tourism. These in turn drive growth and sustain more jobs than any other sector in our nation’s economy,” stated Hayward.

Co-Founder of Coral Vita, Gator Halpern says the coral farm will be a state of the art facility. “We’ll be using cutting edge methods to accelerate coral growth rates by up to 50 times faster than they grow in nature while boosting their resilience against warming ocean temperatures. In addition to providing corals for reef restoration, this farm will be a new eco-tourism attraction, employing local Bahamians and hosting daily tours for visitors,” informed Halpern.

Minister of Agriculture and Marine Resources, The Honorable Michael Pintard, told principals of Coral Vita that it is an honor that they have chosen The Bahamas to do this project. “You are adding to what is already a powerful brand in The Bahamas as a country, that is on the cutting edge of conservation in marine and life sciences,” said Pintard.  “Many persons may not be aware that The Bahamas signed on to the 2020 challenge which simply commits this country to ensuring that 20% of our marine environment is in fact protected. Today through Marine Protected Areas (MPAs) we have already covered at least 10% of our marine environment,” reported Pintard.

Deputy Prime Minister, The Honorable K. Peter Turnquest says, it is his hope that the facility will rejuvenate Grand Bahama, “I can very well see complimentary businesses being sprung up along this strip and we are very proud that we can be here today to put another feather in our cap and to say to the world that The Bahamas is a leader in the environment, in the Blue Economy and in stimulating sustainable development for our citizens and for our world,” confirmed Turnquest.

Dudley Francis, Assoc. Minister of Calvary Temple Assembly of God and GBPA Chief Building Manager conducted the Blessing of the Grounds and immediately following photos captured the tilling of the soil to make way for construction for the project, expected to be complete by summer 2019. 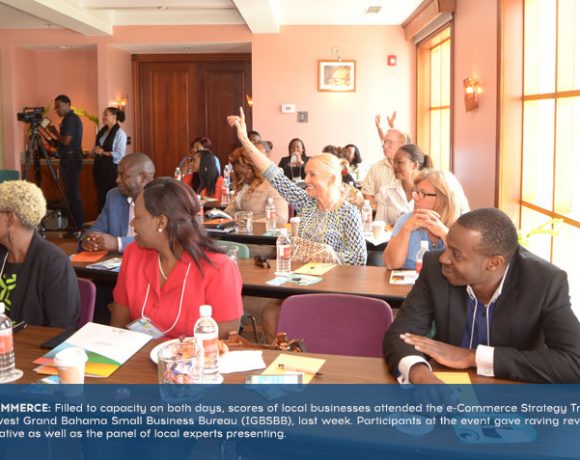 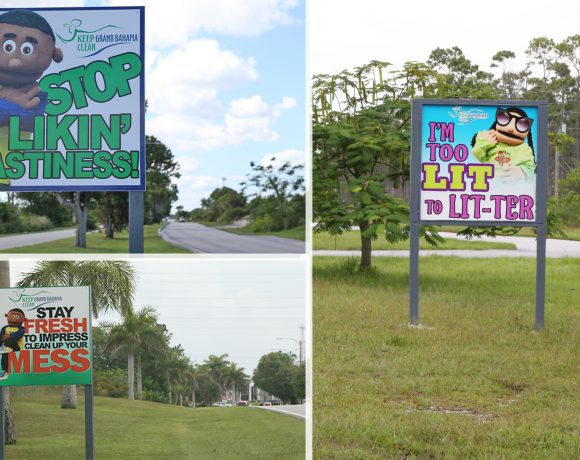 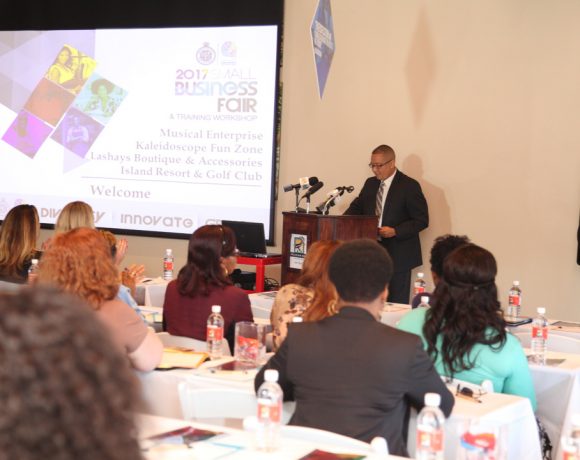