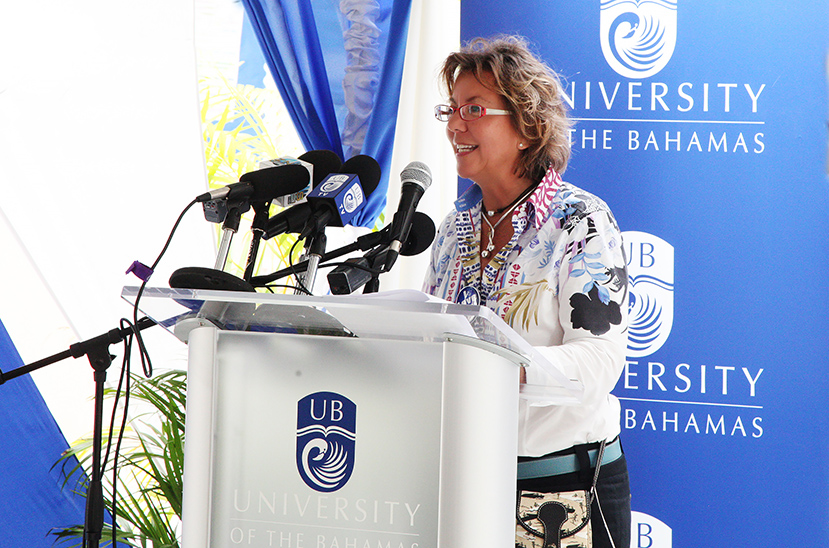 Our Minister for Grand Bahama, The Hon Dr Michael Darville

So many other colleagues and friends here today…

First, I want to humbly thank Dr Teo Cooper Dean of Students for sharing his touching story about my father Edward St George, which I could not have known. This is a truly wonderful day! On this Northern Campus, we are witnessing the historic transition of the College of The Bahamas or “COB” to the UNIVERSITY of The Bahamas or “UB”. We’re all here to celebrate the Charter that marks The Commonwealth of The Bahamas’ very first University. Higher Education and University play a pivotal role in the lives of our young people. George Carver said: “Education is the key which unlocks the Golden Door of Freedom”. If that is true, we indeed have a Golden Opportunity ahead of us! University status means a set number of PHD’s on staff, a Research Department, a major emphasis on Innovation and new faculty Schools.

On behalf of the Port Authority Group and all of us, I’d like to warmly congratulate the University’s Administrative Council and Board of Trustees chaired and presided over by Dr Earl Cash and Dr Rodney Smith for achieving this milestone.

My father Edward St George and Sir Jack Hayward both passionately dreamed of a vibrant College University Campus in Freeport and donated 50 acres of land to the College at least 15 years ago – this will undoubtedly grow. But that wasn’t all, just two years ago in July 2015, I and others here held a press conference on the urgent need for Housing Facilities or Dormitories at the College – Because ‘Northern Bahamas Campus’ means this facility is intended to serve not only Grand Bahama but all of the islands of the Northern Bahamas – So we came together to announce that the Government and GBPA would both commit the funds to make it happen. Yes, new dormitories are expensive, but as the educator and former President of Harvard University, Derek Bok once said; “If you think education is expensive, try ignorance…”

By way of background, all you students well know the challenges you’ve faced having to move to Nassau. And we love Nassau, but for you who live here, Nassau is not your preferred choice.  You want an alternative. Parents have struggled to bear the extra cost for students enrolled at the Northern Campus, having to relocate to Nassau, due to there not being enough critical mass here. Campus Lodgings mean more student attendance, potentially including overseas students from other parts of the Caribbean. Dormitories at this Northern campus are a must. And I must congratulate Arthur Jones for his tireless efforts to champion this.

We’re here with great hopes for the students of Grand Bahama who will now have their very own on-campus dormitories (which they can reach via the new Sir Jack bridge!). The present campus in Freeport has hitherto consisted of one building – and the original thinking for a second building, was to simply copy the first.  However, the existing one cost $8 million over 10 years ago, and today’s cost to duplicate this, was a whopping $11 million.

When the then COB Chairman approached GBPA for financial assistance, he was hoping that GBPA could contribute as much as 30% of the needed funding or at least $3 million. This is where innovation comes in. GBPA went to work on two counts, first to affirm and pledge the $3 million in financial support, and second, we looked at innovation in modern building techniques practiced at the Grand Bahama Shipyard in the cruiseship industry, to show that the overall $11 million cost could be more than halved to $5 million. And in that way, we doubled down and our $3 million actually wound up being 60% of the required funds.

I’m happy to say the Trustees and Council embraced the revolutionary technology. And right there, among those Academics was living proof of Malcolm Forbes’ saying that; “The whole purpose of education is to replace an empty mind, with an open mind!”

Our GBPA President Ian Rolle and Carl Gustav Rotkirch, then CEO of the Shipyard, introduced a company called ALMACO to the project. And we owe huge thanks to them too – ALMACO a company from Finland has brilliantly pioneered pre-fabricated rooms, even 5-star luxury ones, used by the cruiseship industry, in a flatpack form that is simple, modern and efficient – and which didn’t exist 10 years ago! And of course economies of scale bring economies in cost. The rooms are built to architectural drawings, with electrical, plumbing, mechanical and other building services.  The finished modules are shipped, and assembled on site.  The building foundations, and other infrastructure utilities are connected to the containers to form a complete and continuous building complex.  Lastly, an exterior facade is fitted over it to create a pleasing aesthetic.  ALMACO has built all over the world with this system.  One example close to home, is the Bimini Bay Hotel in Bimini, Bahamas.

The contract between ALMACO and UB was signed three months later and ALMACO received the first payment from GBPA in October 2015. Little did we know what October 2016 would bring. Last summer, the modules arrived in Freeport, foundations were laid, assembly began…and then Hurricane Matthew hit Freeport at a force of Cat 4.  Miraculously, the project itself suffered no physical damage from the hurricane, but the damage to the island as a whole, caused a stoppage of work these last months. The good news is; it’s back on track and I’m very happy to say these dormitories, housing 88 beds, will be completed in time for this 2017 Fall Semester. Again a tremendous tribute to Grand Bahama’s resilience.

The current plan is for the UB’s Schools of “Maritime” and “Engineering” to be centred here. The UB has an agreement with the State University of New York (SUNY) so students complete their first year of study at the Oakes Field Campus in Nassau, then spend two years at SUNY’s Maritime School in New York, and their final year at the Northern Bahamas Campus here in Freeport where on-the-spot, out-to-sea training can happen.

Of course, the Maritime Industry is one of our greatest prides here on Grand Bahama –

Freeport has emerged from a pine barren in 1955 to become the Industrial & Maritime Capital of The Bahamas.

The courses offered by UB will complement other existing training programs in Freeport, be they those of the National Training Agency, those at GB Shipyard, Svitzer’s tug boat simulator, Pineyard Steel Technical, the planned MSC facility and also Freeport Harbour; and this is a great testament to the success of Private/Public sector partnership in the promotion of training and education in Freeport.

For our part at GBPA, we’re truly proud to say, yes, we have tried to help make better citizens by fostering the education of our children. The records show we’ve played a major role in the founding of many schools, among which were Bishop Michael Eldon school founded 50 years ago, the old Hawksbill High School, 8 Mile Rock High School, Sunland Lutheran, now Sunland Baptist Academy. And more recently, Sir Jack Hayward High & St Georges High with their own gymnasiums, and the Beacon School.

GBPA offers – and has offered for the past thirty years – 100 Tertiary Level Scholarships a year to young Grand Bahamians, also Top Achiever Awards to each High School, and about 30 Scholarships a year to Grand Bahama students on COB courses, now destined for UB courses; I’d like to ask Roosevelt Rolle a successful GBPA COB scholarship recipient who now works on our team, to stand up and take a bow please! Thank you so much.

You know, Afro-American George W. Carver also said: “When you do the common things in life in an uncommon way, you will command the attention of the world”. He said; “I love to think of Nature as an unlimited broadcasting station, through which God speaks to us every hour, if we will only tune in”

Of course every young scholar, however eager, is tempted to tune out on occasion. I remember being taught Latin at School which you know was the language of the Romans during the time of Jesus Christ. And we just couldn’t see the point of a 2000 year-old language, even though many English and legal terms are derived from Latin, even the word ‘education’ itself; educare literally means “to lead out”. (Ask my brother Henry who knows these things). Anyway we used to chant: “Latin is a language as dead as dead can be; First it killed the Romans, and now it’s killing me!”

But Nelson Mandela said, “Education is the most powerful weapon you can use to change the world.” I am confident that these facilities and the University of The Bahamas will equip our youth, you future bright young stars with the tools you need to light up your lives.

The new smash hit Musical – the biggest in the history of Broadway is called ‘Hamilton’. Although it’s about the founding fathers of America, its hero, Alexander Hamilton himself, was an avid student, born in the Caribbean, his family home destroyed by a hurricane, orphaned at 12, at work by 14. He sings this verse in the Show – and don’t worry I’m not going to sing – He echoes the hopes and desires of every parent, every mentor, leader or teacher, for the next generation:

You’ll come of age with our young nation,

Let’s make it a safe and sound creation,

And if we lay a firm foundation,

Pass it on to you, give the world to you,

And you’ll blow us all away – someday,

Thank you very much— 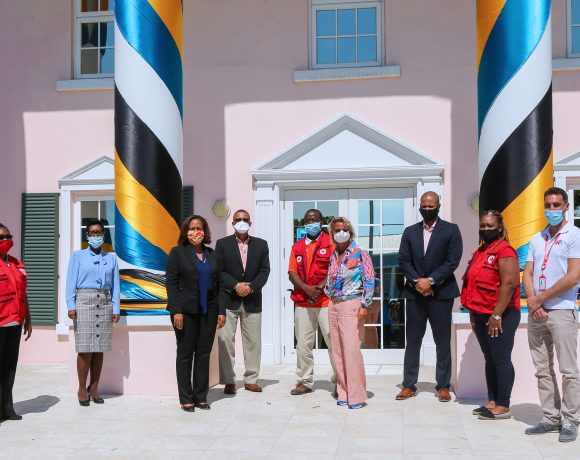 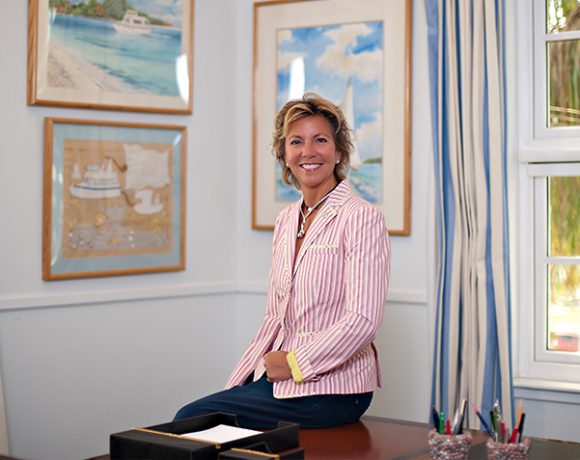