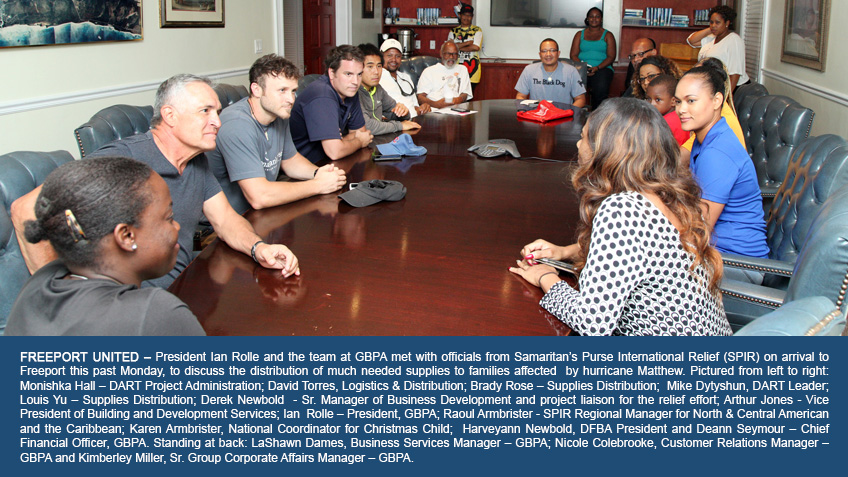 “Matthew was a massive storm, predicted to produce exceptionally high winds, storm surge, along with the possibility of tornadic activity, most of which this island had not seen in many years,” cited Raoul Armbrister.

“We knew that local resources would be challenged to handle the post hurricane effects, so we began reaching out to our partners at SPIR, and planning relief efforts as we knew families would be in need as soon as the storm had passed,”  Armbrister added.

He also noted that the relief assistance would not have been possible without the support of several key government agencies including Bahamas Customs and NEMA, as well as private companies on island, led by GBPA, who facilitated the project.

Relief supplies included: roof tarps, hygiene kits, blankets, water filters, etc. to supply local families.  Volunteer teams assembled at various locations on Tuesday and Wednesday past, packaging and distributing to more than 1200 homes throughout the island. A total of 2000 kits would have been distributed to families affected  by the passing of the massive storm by the completion of this initiative.

GBPA Sr. Manager of Business Development and Project Director for the relief effort on behalf of GBPA, Derek Newbold shared that the Port was pleased to facilitate the much needed support by SPIR, in the aftermath of hurricane Matthew.

“The effects of Matthew were tremendous and families on Grand Bahama will need as much support as possible to begin the process restoring their lives, homes and properties. The assistance rendered was well received and persons in the affected  areas have expressed their gratitude for same. The SPIR team have been extremely helpful, and while there is much more to be done, this relief effort has initiated a positive and hopeful start,” commented Newbold.

“Getting the city of Freeport and Grand Bahama Island up and running as quickly as possible, following the storm, has been GBPA’s primary focus. We are making good progress in tandem with private sector partners and governmental agencies regarding the restoration of essential services on island,” stated Ian Rolle, GBPA President.

“The SPIR relief effort of basic hurricane supplies is an appreciated complement to our work as we restore running water and electricity to businesses and residents. I commend the efforts of Mr. Raoul Armbrister, representatives from Samaritan’s Purse, as well as the many private and public sector entities which have supported this relief effort with us. It is a true demonstration that we are indeed “our brother’s keeper,” Rolle concluded.

Samaritan’s Purse is a nondenominational evangelical Christian organization providing spiritual and physical aid to hurting people around the world. 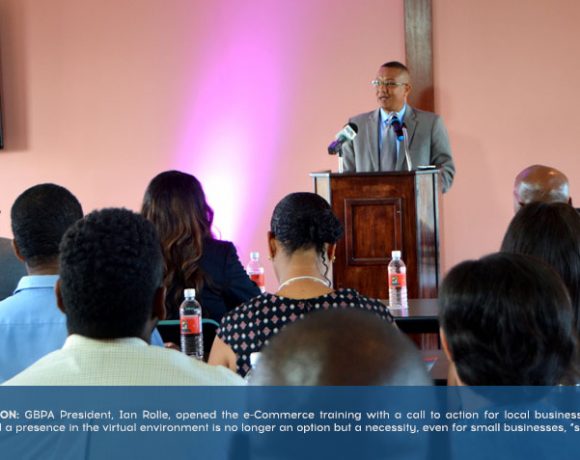 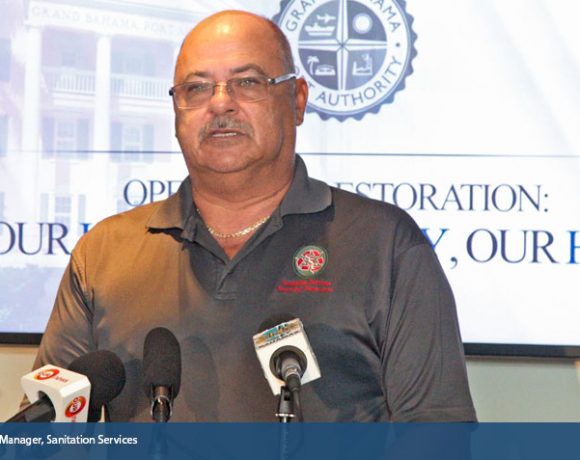 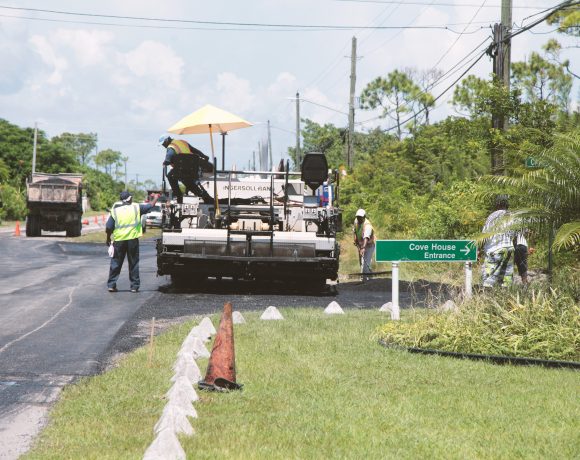