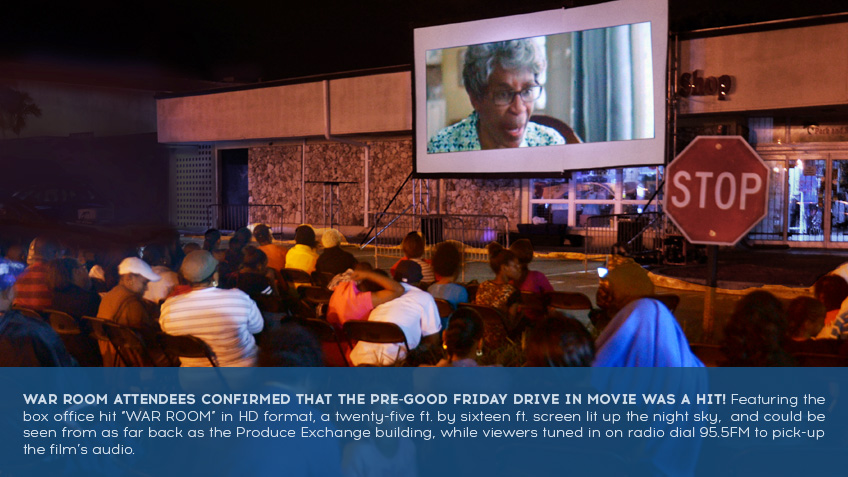 Parking areas were packed to capacity, as cars lined the streets of the Downtown center this past Thursday. Scores of residents gathered for the historical viewing of the first ‘Downtown Drive-In Movie Night’, a partnership initiative of the Downtown Freeport Business Association (DFBA) and the Invest Grand Bahama Small Business Bureau (IGBSBB).

“We are extremely pleased by the turnout this evening” said Ian Rolle, President of The Grand Bahama Port Authority, Limited (GBPA). “The community’s participation is evident that we need to host more events like this, bringing the community and families together, while supporting the local economy,” stated Rolle.

Featuring the box office hit “WAR ROOM” in HD format, a twenty-five ft. by sixteen ft. screen lit up the night sky,  and could be seen from as far back as the Produce Exchange building, while viewers tuned in on radio dial 95.5FM to pick-up the film’s audio.

According to Harveyann Newbold, DFBA president, the movie night initiative has been in their project line-up for just over a year. “We’ve had this project in the pipeline for a while, but we wanted to offer it as a free event. Thanks to the support and sponsorship of the IGBSBB we are now able to do so,” she said. “The response this evening is overwhelming, definitely confirmation that we would want to add this to our calendar for future events.” Newbold continued.

Senior Manager of Business Development and Invest Grand Bahama, Derek Newbold, shared that the initiative also served as a pilot project to assess interest level and judging from the overwhelming response can become a viable small business opportunity.

“The success of this event effectively demonstrates and validates market readiness for the concept of a Drive-In Movie; one that features family centered entertainment, that both children and parents can enjoy,” declared Newbold.  The IGBSBB and the DFBA have done an excellent job of organizing and promoting this event. We would also like to thank the Royal Bahamas Police Force for doing such an outstanding job with directing traffic and ensuring a safe and successful evening. It was a great team effort,” he concluded.

Surrounding stores remained open past the usual closing times, allowing residents to pick-up last minute items before the Easter holiday. Business Services Manager for the IGBSBB, LaShawn Dames, said she was pleased with the overall event.

“Tonight Downtown was showcased as a place for family entertainment, shopping and fun. We are very pleased with the level of turnout, support and participation from surrounding stores, the community, and other licensees who made the event possible and successful,” Dames stated.  The IGBSBB is pleased to support these types of initiatives, as they support local businesses and help to build our economy,” she continued. 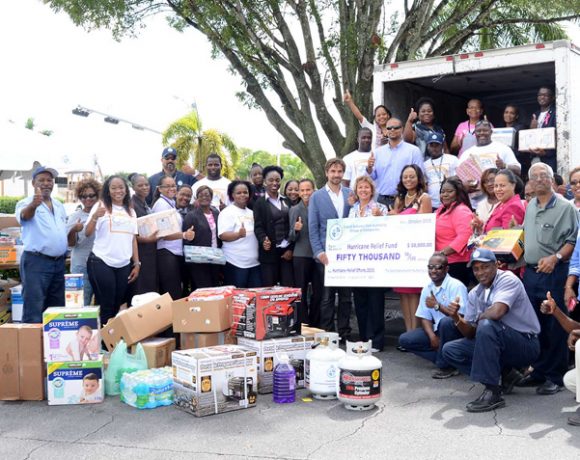 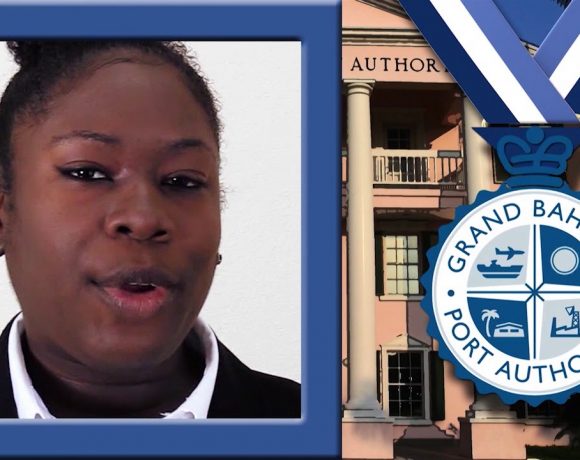