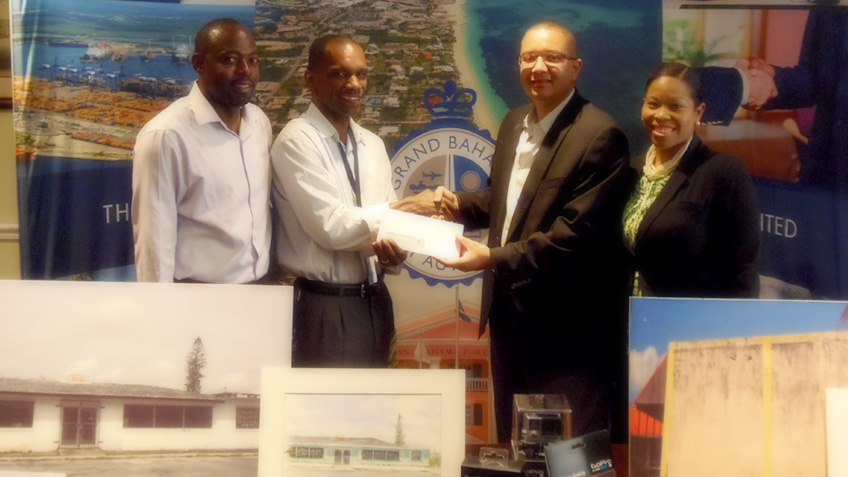 In keeping with the vision of The Grand Bahama Port Authority (GBPA), its executives officially launched a derelict building enhancement project on Grand Bahama.

The initiative will involve some eight buildings in high traffic areas about the island where President Ian Rolle says are burdened with the unsightly structures.

“A part of the Grand Bahama Port Authority’s vision plan is to create a greater impact on the community of Grand Bahama and one of the initiatives that we are about to launch is the beautification of some of the dilapidated buildings in the community. The structures are sound and therefore we have issues with demolishing these particular buildings.  So, what we intend to do is make something negative into something very positive.  These buildings might be unsightly now, but we intend to make them into attractions, “he said.

City Manager, Troy Mcintosh also weighed in on the major undertaking, noting its importance and present issue of a large contingent of abandoned buildings that are in need of gaining more artistic appeal.

“The idea is to spruce up the buildings and somewhat clean up the landscaping and what we did was identify an artist who provided us with renditions of the proposed because we didn’t want it to come across as graffiti, but more so to just provide an appeasing aesthetic of the existing dilapidated buildings,” he said.

The proposed buildings will be comprised of a number of mesmerizing depictions inclusive of pastel colors and according to project lead, Sheldon Saint a local artist of some 20 years revealed his thoughts on the inventive development.

“I would like to thank Mr. Rolle and Mr. Mcintosh for this opportunity to actually assist with beautifying our city here in Freeport.  I do believe that it is something that will be enjoyed by the residents here in Grand Bahama, and the visitors as well,” he said.

Also adding some excitement to the venture, Group Corporate Affairs Senior Manager, Kimberley Miller said the public will also play a role in the upcoming assignment.

“We definitely want the public involved in this process because it is a community venture and we know that everyone will not be able to see Mr. Saint paint these buildings stroke by artist stroke of his brush so, we have a Go Pro device that is now a part of our arsenal and we’re very excited about it because it actually has a chest harness that thankfully Mr. Saint agreed to.”

Miller said the entire process from start to finish will be captured on video and will be launched to the public via social media upon the completion of this task. 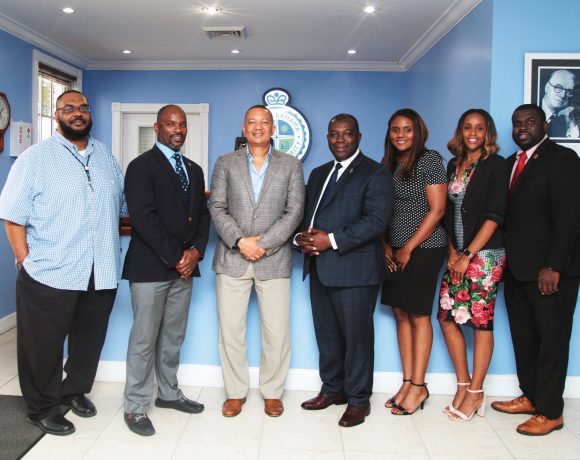